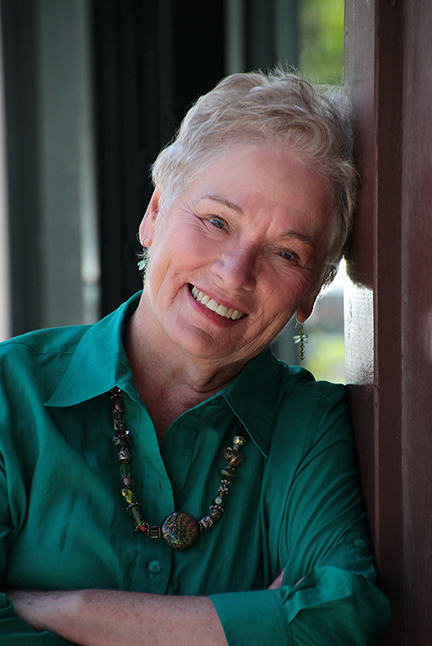 Margaret Nash (Peggy) Rubin is founding director of the Center for Sacred Theatre in Ashland, Oregon. Primary activities of the Center include the creation of workshops in Living Life as Sacred Theatre, and Sacred Studies of the Divine Feminine. Since 1987 she has also been the principal teaching associate of Jean Houston, Ph.D., in Dr. Houston’s worldwide multicultural transformational work and in her schools of spiritual studies, as well as a member of the core faculty of the School for Social Artistry, an intensive leadership training program. Working with Jean Houston, Peggy Rubin has presented classes, workshops and trainings throughout the United States, and in Australia, New Zealand, England, Ireland, Sweden, Greece, Egypt, The Netherlands, India, West Africa, Indonesia, Hong Kong, Taiwan, Jamaica, and on behalf of the United Nations Development Programme, in Albania, St. Lucia, Barbados, Kenya, and the Philippines.

Before joining Dr. Houston’s staff in 1987, Peggy was for 14 years the Public Information and Education Director for the Oregon Shakespeare Festival, one of the largest classical repertory companies in the United States. Before that she was a bank executive for First Western Bank in Los Angeles. She has also been a teacher of English, a freelance writer and editor, and an actor.

She holds a degree in Fine Arts from the University of Texas, and has taken courses, primarily in Economics, at the University of California at Los Angeles, and in the Environment at Southern Oregon University. She has studied extensively with Elaine De Beauport, Ed.D., founder of the Mead Institute, leading teacher of humanistic and behavioral applications of current brain/mind research; and with William Emerson, Ph.D., pioneer in the field of pre- and peri-natal psychology, and its importance in understanding human development. In 2019, Peggy was awarded an honorary doctorate in Humane Letters from Meridian University.

“Peggy’s presence onstage is fierce and committed. She is determined to bring emotional truth to whatever role she has been assigned or on which she is working; she also has an all-too-rare charismatic, luminescent quality that makes her portrayals seem lit and guided from within.”  –Paul Barnes, Founding Director of the Great River Shakespeare Festival

Peggy Rubin has been acting all her life, for the animals and the occasional breezes, for the cotton and hay fields, and for neighbors and visitors to her family farm in South Texas. Her life opened in scope after her family home burned down and she was welcomed to her aunt’s homes in Pennsylvania and Virginia, where she learned there was a world outside of Texas. Returning home to study theatre at Lon Morris College and the University of Texas in Austin, she majored in directing, gave up an opportunity to teach religious drama as a missionary to Singapore, and married an actor. Here she is with that actor, George Vafiadis, playing the title roles Shakespeare’s Troilus and Cressida, at the Oregon Shakespeare Festival in 1958.

An early production: this one at the University of Texas, The Chinese Chalk Circle. This ancient drama tells a similar story to that in the Hebrew Bible, where King Solomon sits in judgment before two women, each claiming the same child. When he threatens to cut the child in two and give each of them half, the true mother – of course – offers to give up the child to keep it alive. Solomon, also of course, realizes that she is the true mother and rewards her with the child. Peggy Rubin was the second (much lesser) wife. The director of this play was Dr. Francis Hodge, the man who gave her the gift of active verbs. (1955)

In the course of the play Mother Courage and Her Children —and the war—she loses all her children, one by one. In the final scene, she trudges on, moving against the turning wheel of time, as merciless, yet enduring, as she is. (1978) Image: Oregon Shakespeare Festival

At the ancient city of Troy, located in what is now Turkey, Peggy Rubin is preparing to enact the role of Hecuba, Queen of Troy, from Euripides’ The Trojan Women for fellow travelers to Greece. To stand near the excavation of those walls is to step into a physical, emotional, and mythic understanding of the true power of the sacred stage. (1989)

In Sophocles’ Electra, a production of the Institute for Advanced Study in Theatre Arts, directed by Dimitri Rondiris of the Greek National Theatre, the tragic heroine Electra pours out her grief over the loss of her brother, whose ashes, she believes, are in the urn she embraces. (1965)

As Dolly Levi in Thornton Wilder’s The Matchmaker, a play best known for its musical adaptation, Hello, Dolly! Here Dolly appeals to her beloved dead husband, Ephraim, for approval to woo and win a stingy but well-to-do merchant, so she can use his money well: “Money is like manure,” she says, “it’s not worth a thing unless it’s spread around, encouraging young things to grow.” (1982)

It’s been her good fortune to play the role of Isabella in Shakespeare’s Measure for Measure twice, once at Ashland (1959) and (pictured here) at the Old Globe in San Diego. As a novice nun, Isabella is torn between what she feels is her duty to God, and her desire to save her brother’s life. This is one of Shakespeare’s “problem” plays, but a great one to work on and with. (1964)

Dancing on Delos and the edge of the Aegean Sea with a friend from Japan. (1996)

In this photo taken in 1985, Peggy’s friend Shirley Patton (on the right) and she look back on ourselves playing Cleopatra’s handmaidens, Charmian and Iras, in the Oregon Shakespeare Festival’s 1959 production of Antony and Cleopatra. It was directed by one of her favorite directors, James Sandoe.